Anger in kids could become a dagger in adulthood.

Many doubts are to be clarified pertaining to anger.

Is anyone to be blamed for anger in kids?

Is there a difference in the anger found in kids from adults?

Some of us insist to vent out the anger instead of suffocating with it. So which is good? Is it better to vent it out or to live in it?

Precisely, I have a lot of examples where people are trapped just because of their anger. All of us can relate to this article as we all get angry. But when to draw the limits is a big question!

We need to understand the causes of anger before diving into the consequences.One of the general causes of anger is when one feels powerless. Irrespective of the age, we get angry when we are provoked. This is evident when goals get blocked, people became unfair to us, misconceptions, misunderstandings, etc. To top it all, there are many people who love provoking others to anger. Remember that there are things that are beyond our control in life. Anger is not a solution to such things at all. Firstly, let’s examine the basic anger that we experience.

Unquestionably, anger is a mixture of feelings. Some are scared, sad, and disappointed. Often anger is the reaction to this mixture.Anger develops when we don’t investigate our basic feelings. The roots may be suffocating. That is when you shoot up to anger. For instance, a deep sorrow down the root is anger on others around. It is not necessary for everyone to comprehend their deeds and actions.

The above two words and phrases clamor in most of the households. Moreover, children clench their fists and bite their tongue over them. Have you pondered on the reason?

Emotional regulation is an important aspect of a healthy relationship with children.‘I told you so’ is not a commendable comment on an angry and lost child. Yes, I know that you gave warnings on the impending problem several times. But we need to take it really slow with patience.

First, it is wise to buy some time from the child. Then, sit down and talk over it. Always relate to the problem from their perspective too. Listen to them attentively and give them the emotional grip to face the anger.

It is not at all advisable to yell back at an angry child because it only aggravates tension and anxiety for either party. Parents, I know that it is very difficult.Realize the fact that anger has taken over your shoulders is the best way to the solution.

There are several factors for children to get angry and grow with it into adolescence. I strongly feel that the background, atmosphere at home, and mental balance plays a vital role in this.

A few parents find happiness in showing anger and frustration from work on their children. A child may be simply in ecstasy to share a picture it painted with the parent.

Can you guess the impact of the derogatory response of the parent on the child?

Moreover, encouragements and discouragements stem from home. Yes, it sprouts from home, from parents. It is abnormal to have zero fights or arguments between adults.At the same time, it is important to be aware of the dos and don’ts of the same in front of children. Additionally, it is a gentle reminder to assert that their small brains brain and bodies are not prepared for such turmoils. 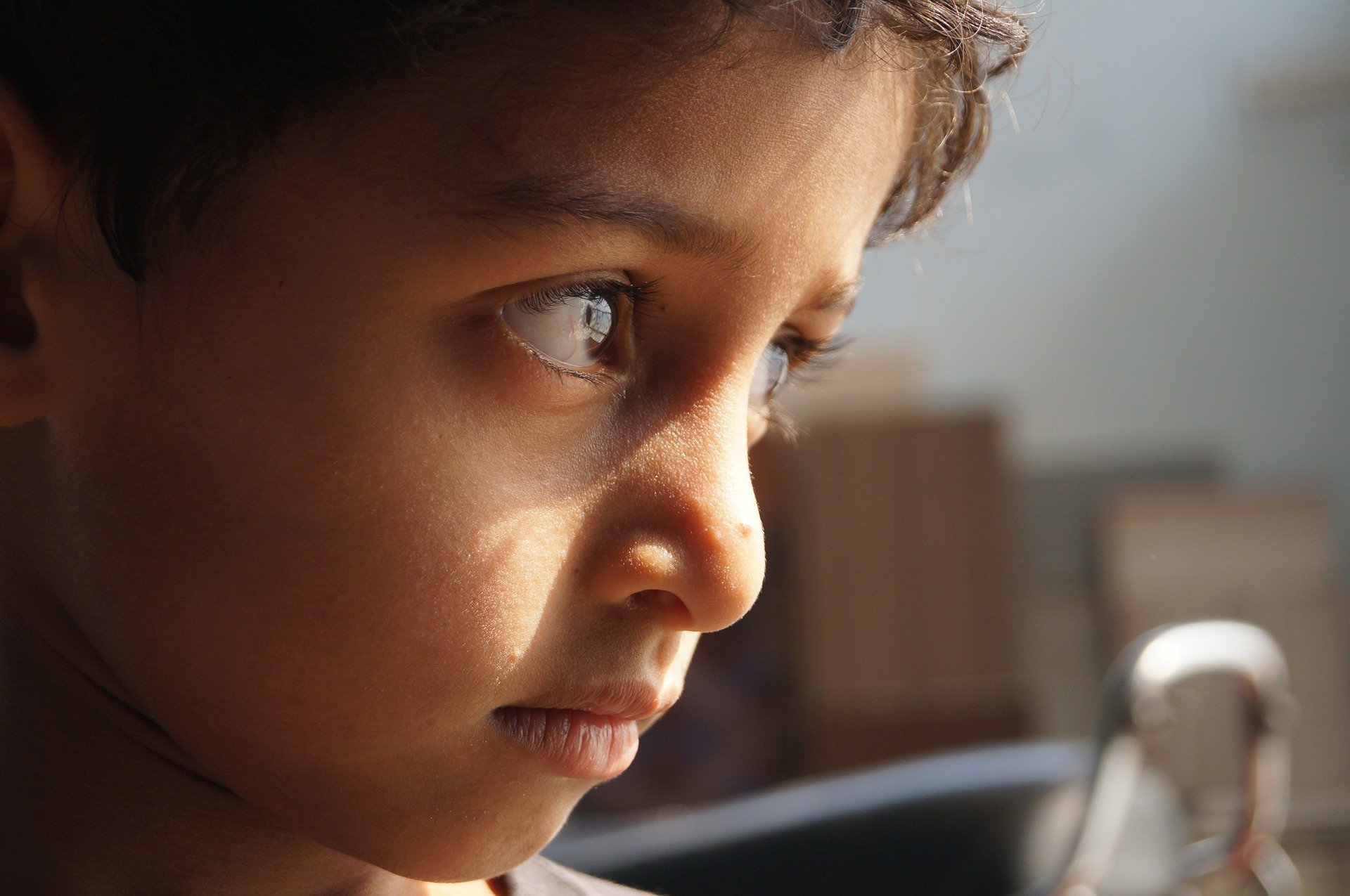 These days we have a lot of counselors and child specialists talking about anger in kids. We should understand that our parents or grandparents had no access to such grooming sessions. But weren’t they successful in nurturing a passionate and disciplined generation?

I do agree that all of us aren’t so well-behaved but still, the majority are.

In contrast, there are people who stick on arduously to only the guidelines of such expertise.There is a fine line of comprehension between such guidelines and the child in front of you. In fact, try to figure out the underlying intention behind any such guidelines or mentors.

Then, observe the reasons for a child to react with anger. Ranging from a comment, physical touch, looks,or even a small thing could be one of the reasons.

Also read: Effective ways to care for oneself

Is it wrong to get angry? 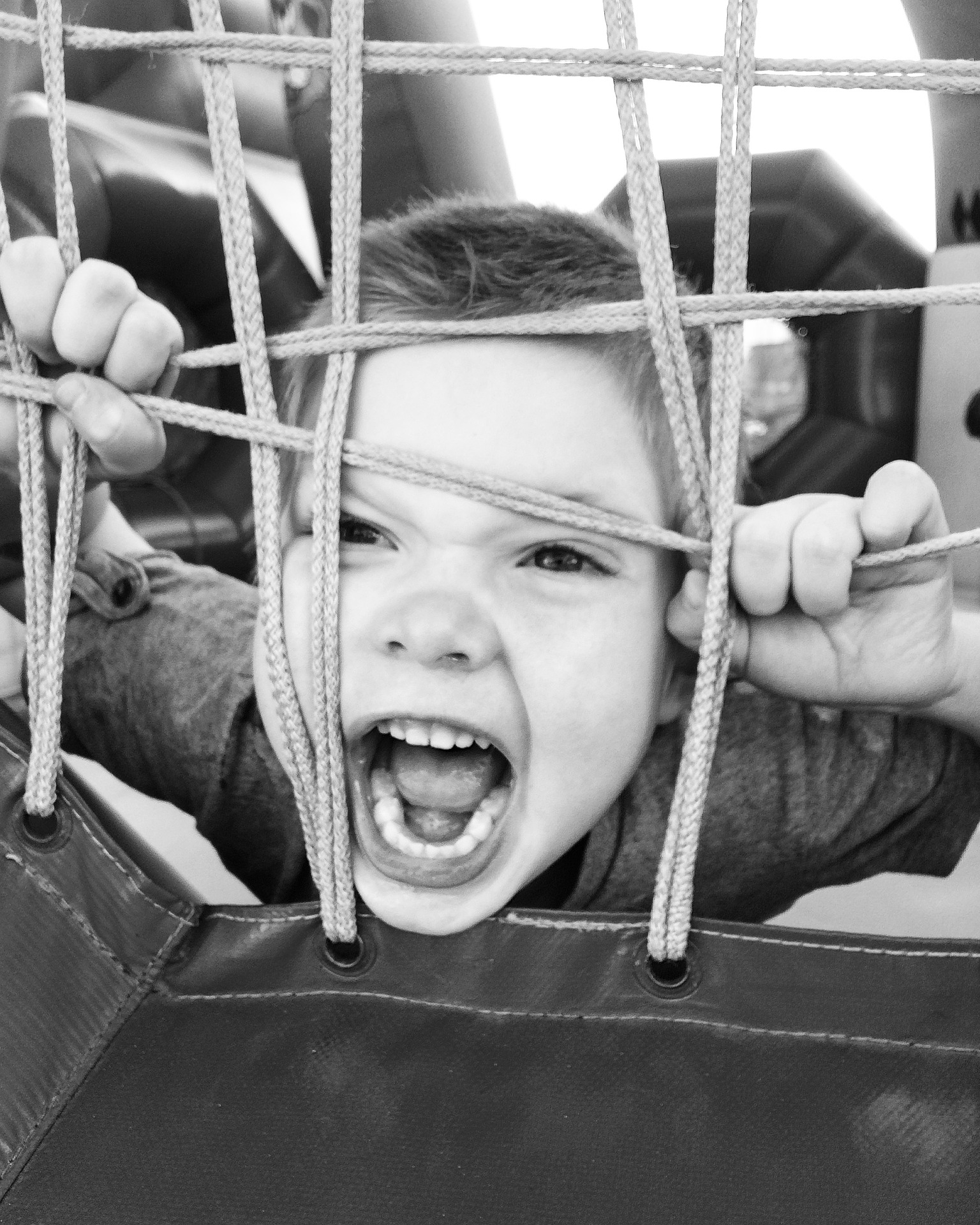 I would state that anger is powerful and normal. Assuredly, this means that a normal human being should get angry. There are people who mask their character dipped in so much of diplomacy.Such characters don’t prolong for long as they lose their identity soon. Anger is bad or dangerous when it harms others. Moreover, it becomes a disease when it sets a slow trap for the self.

Take it Slow and Easy

Children are kinesthetic. They move around and are filled with a lot of energy. There are several ways by which they try to exhaust this bubbling energy on a daily basis. During this period the brain finds ways to experiment with all that comes their way. We need to be cautious. It is advisable to let go of their small mischief. I have seen mothers picking on their children for even a small little thing. Furthermore,we need to be careful and watchful of their steps. But small errors are fine.

People often ask ‘angry birds’ to count till their mind calms down. I am not sure how it works out for all. Nevertheless, try shaking hands with anger as it clutches your mind. It is difficult to shake hands but try it out.Things won’t go out of control when you are aware of the presence of anger. This awareness itself assures a grip of the flaring up emotion.

Another method is to talk out about anger to the child. Share about it. This relaxed talk gets buried deep within your mind. As a matter of fact, your mind sends a small signal as soon as anger begins its work. Of course, talk about this method to your child. Likewise, questions on why what and how anger unwraps an individual. 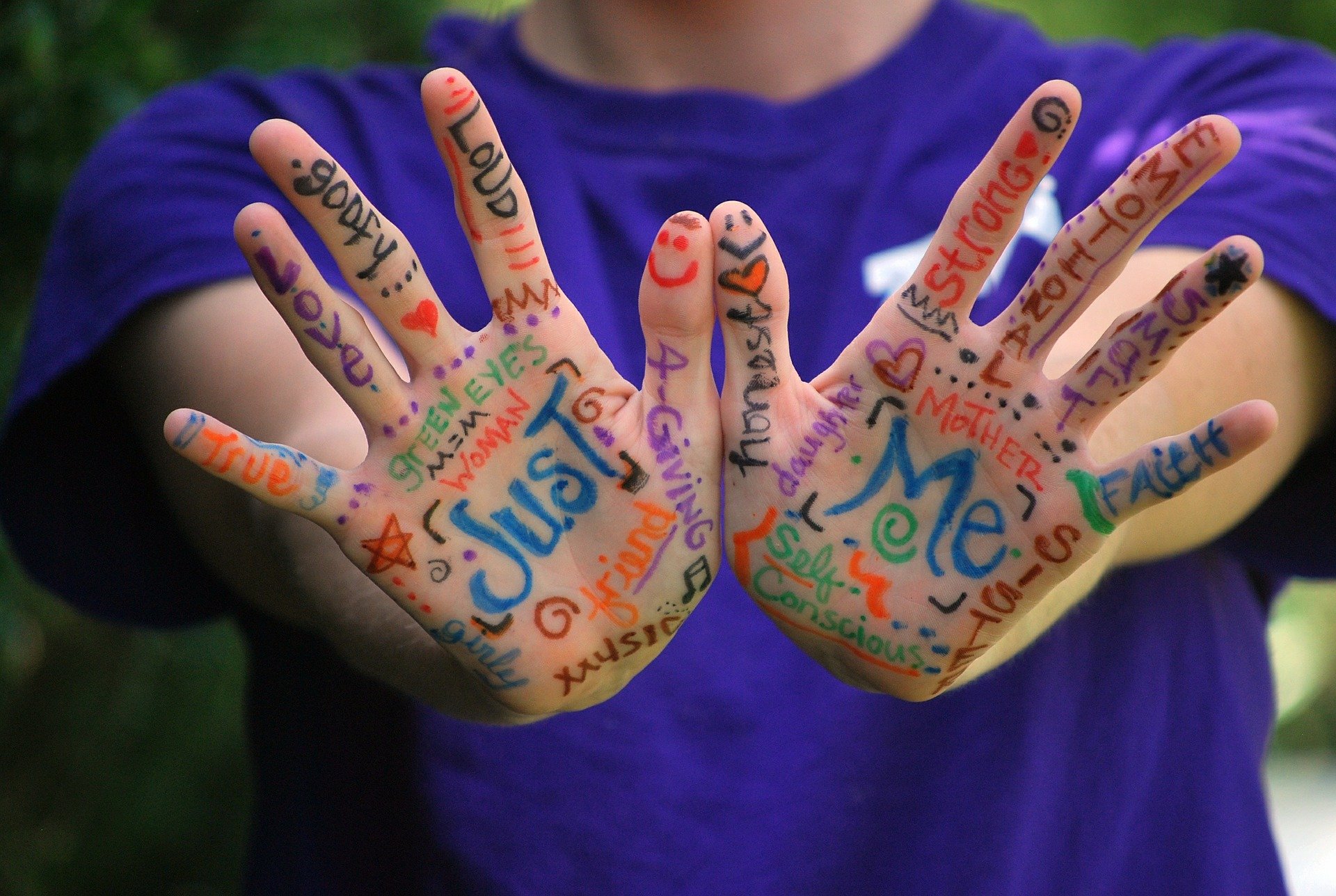 The Browsing and Surfing Anger

Life is not easy. Nowadays people drive with power and money to rise high above others. Specifically, children also emulate the same as they grow up. Only dictionaries have values such as kindness, humility, and obedience.Sometimes I wonder what happened to those value-added classes from the schools?

On the contrary, there were times when we used to listen to supple and ripe stories from children. This shows how virtues triumph over vices. Gone are those days!

We are living in a digital era. It has got something to do with frustration and anger.Let’s not blame the pace with which people are connected through touch or swipe. Now does this facility become a medium for hostility?

Its my own World

Children demand privacy at a very early age. It is fine but definitely, we should monitor the freedom. It is a common sight to find a 9-year-old or a 6 six year could be dead with an electrocuted brain.

Society blames the world or the parents!

None stops for a second to think that it could happen to anyone. Precisely, we all are selfish. The world of games, horror, movies, and networking zones enshrouds us

Man is a social animal. We practice social distancing now which is a real ironical situation. A common time for all members of the family to talk, shout, laugh, and sing is essential for a harmonious life.

Let them Fly and Glide!

A pet bird will have to fly someday into the garden.We never know if it’s the wilderness or the forest or the garden which awaits its destiny. Whereas, parents find it hard to let go of the child’s hand as it learns to walk. Someday they will face this world. It is important to not interfere with things that are not in your control. On the other hand, children can learn from the mistakes with some time and space.

As parents, we are to fasten and secure their integrity and identity. Small talks and chit chats work well. A small hug does a lot of miracles.A simple hug is a solution to a lot of problems 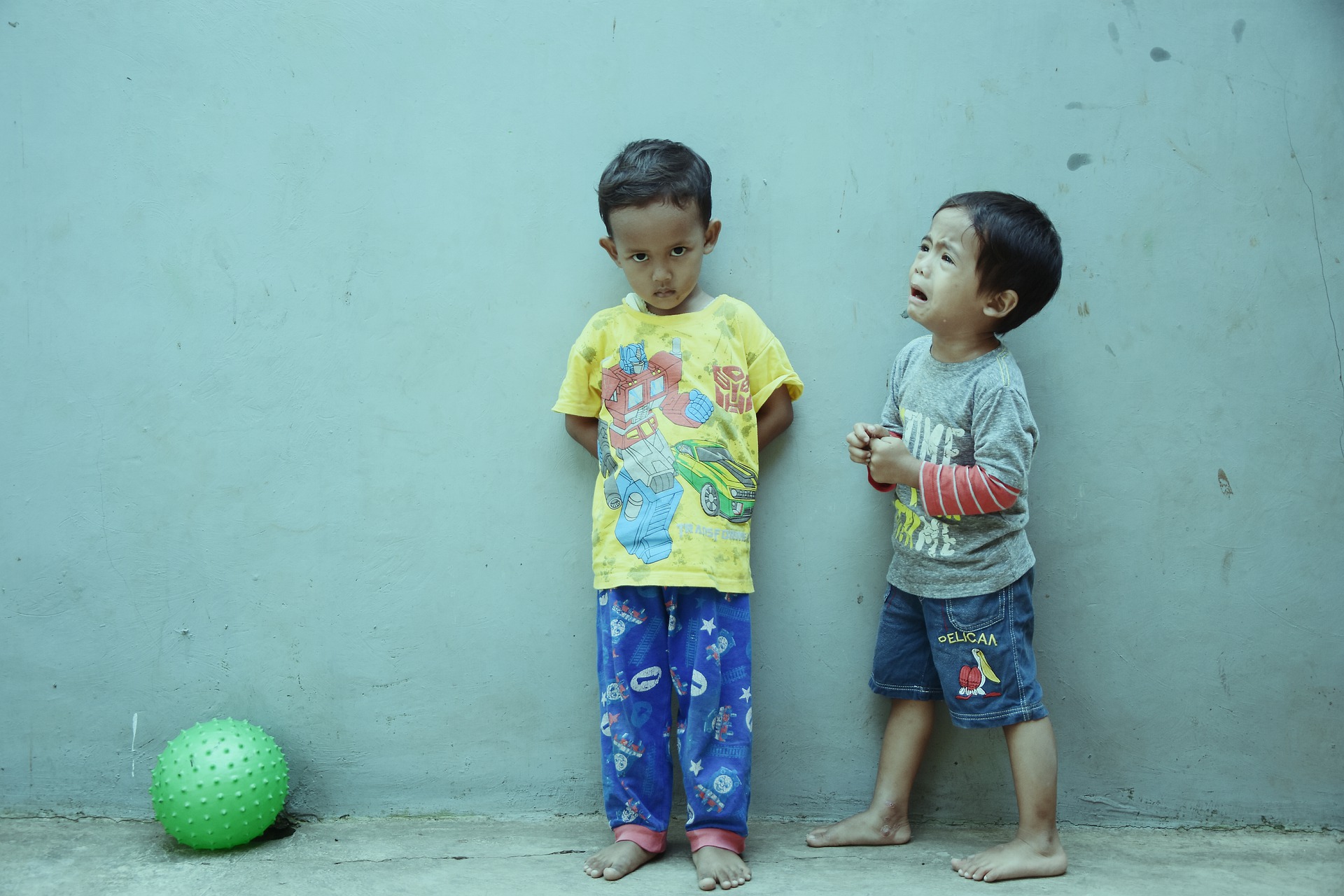 Less of response and more of reaction is dangerous. Pay attention to a slight change in behavior by not being vexed about it.Teach children to be responsible and responsive to situations and needs. Generally, our wants drive us to react and retaliate with anger. Gradually this leads to revenge.

Did you notice the long chain of Rs? The chain cut could develop into a vicious cycle in the long run.

Yes, only a combined effort can make a difference in a family. Imagine a normal human being surviving with human zombies. What more reasons are to drive the human mad amidst such helpless chaos??

Moreover, as mentors, teachers, and parents we could sow the seeds of tranquility, peace, and harmony by being role models to the future.