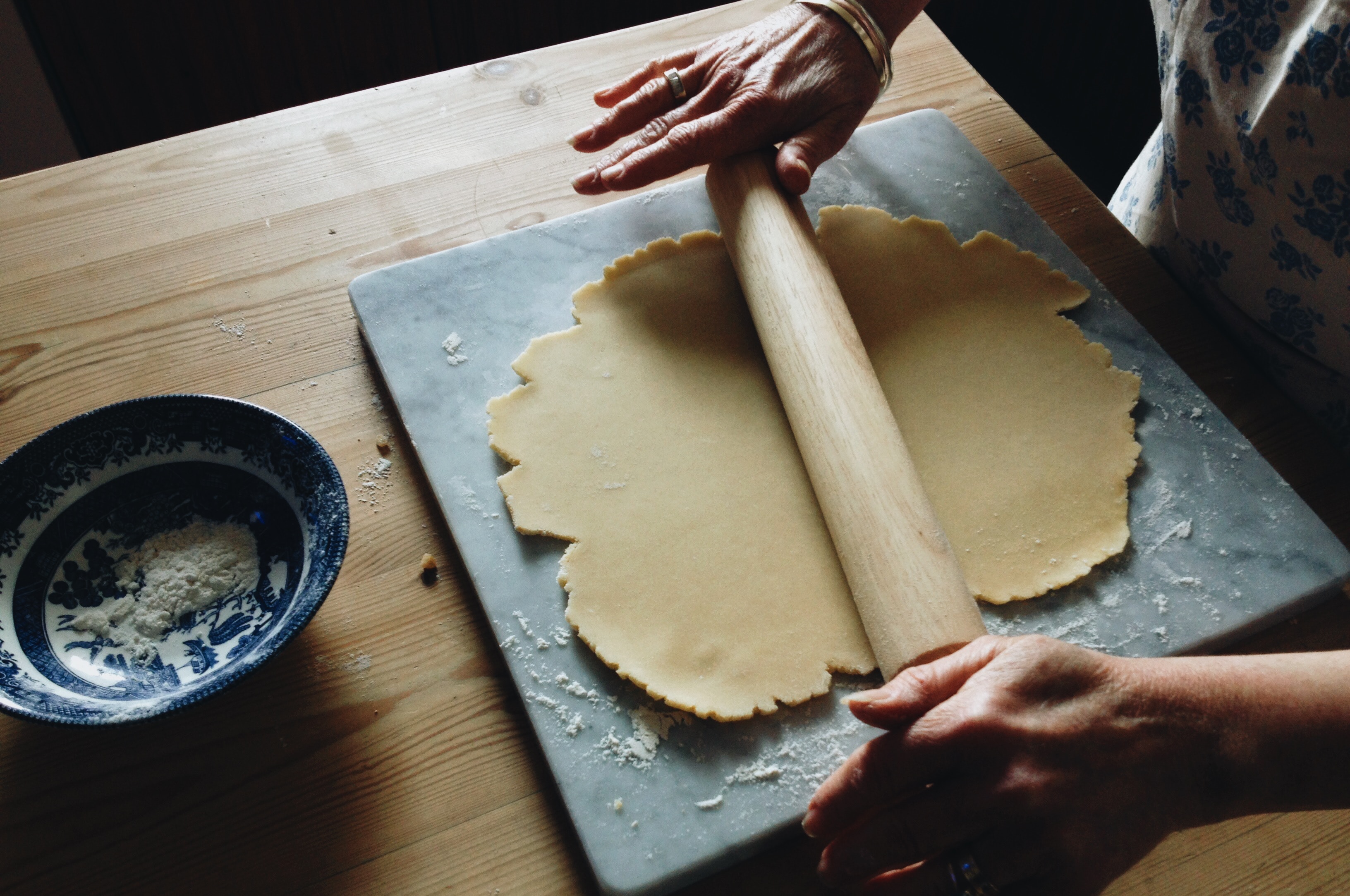 Enough is enough!! Third cook in the last six months!! Two others already sacked in quick succession!! And if my gut feeling is anything to go by, the fate of the third one is going to be no different. It’s only a matter of time before she leaves too. Well, good for her. After putting up with Ma and her impossibly strict ways, it’s only natural that she would want to leave. Why would anyone put up with such a fluctuating temper that flares at the minutest mistake? How could anyone bear to be put under constant surveillance? I wonder, if Ma’s unrelenting ways and her absurd concerns over the appointment of a new cook could be attributed to a regular dose of Crime Patrol and Savdhaan India- shows which warn you of the perils of ‘letting your guard down’ in front of unsuspecting maids and gardeners and watchmen.

Ma has made a habit of sacking cooks on the slightest pretext. The reasons are pretty commonplace. “She comes in a little too late”. “She comes in a little too early”. “She cooks in a hurry”. “She’s too slow”. “She doesn’t wash rice properly”. “She doesn’t wash fish thoroughly”. “She doesn’t wash her hands at all”. “She seems utterly disinterested”. “She seems too eager”. “Her dishes are too spicy”. “Her dishes are too bland”. “Her dishes taste just like mine….what’s the point of hiring her if we are to savour the same flavour?”. And so on and so forth. In order to maintain peace at home, I keep my opinions to myself. But I feel most of these trivial issues could have been sensibly handled without having to show them the door.

Ma never really wanted to hire a cook. She felt and still feels absolutely capable of doing everything on her own. However, owing to her falling health, what with age finally catching up with the spirited woman, Baba thought it best to ease the burden off her shoulders and let a cook take over the responsibility. Upon Baba’s insistence, the lady relented. But not without a fair deal of heated arguments where she vehemently opposed the idea. She wondered why anyone would come up with such a ludicrous suggestion!! How could she possibly let a random stranger set foot inside her holy kitchen!! She couldn’t be made to see how weak she was becoming day by day….how she would keep on going despite occasional breathlessness….how she would struggle to be on her feet all through the cooking session. Baba was concerned. And rightly so. Ma’s pleading wasn’t helping her cause. The man remained utterly unmoved.

Finally, with no help in sight, she turned to me. Her daughter had always been an ardent admirer of her culinary skills. So Ma expected this “cook wala” idea to be immediately dismissed by the child and with a 2-1 majority in her favour, she would win. The motion would stand defeated. But, for one, I decided to play the villain. I stood in support of my father. Not out of health concern though. It was due to a different reason altogether.

Ever since I became an independent, working woman, I have tried to dissuade Ma from cooking. In fact, I’ve lost count of the number of times I’ve pleaded with her to come out of the confines of her beloved kitchen and make something out of her life. Having spent a huge chunk of her life cooking for her dear husband and children, I’ve often wondered whether she has lived her life to the fullest. She ought to be having regrets. She hasn’t travelled far and wide….she hasn’t ever worked in office…she hasn’t confronted difficult bosses and suffocating work environment…she has never really challenged herself.

Many of my friend’s mothers are working women. I admire their success more than I admire Ma’s cooking skills. They look so sure about themselves. They know so much about the world. Ma knows so little. How I wish Ma was like them – self-assured, confident, worldly-wise. She remains in exactly the same place as she was twenty-five years ago. How unfortunate!! A life wasted. Opportunities lost. I could never have lived a caged life like she did. I pity her life and badly abhor it.

So when an opportunity came that would allow her to step out of this wretched environment, how could I let it go?

She wasn’t happy though. Not when the first cook was appointed. Not when she got the opportunity to get up a little late and have breakfast laid out for her. Not when she got enough free time to catch up with old friends and acquaintances. She looked lost and confused. Initially I considered it to be a passing phase. “She’s taking time to get used to the new arrangement”, I thought. Even a prisoner, having stayed long enough within a confined environment, feels a tinge of nostalgia and a hint of uneasiness once his term comes to an end. The prospect of leaving behind a claustrophobic yet familiar territory is a discomforting one. However, with time, the prisoner comes to realise what a blessing it is to be free. I expected Ma’s temperament to improve over a period of time. Yet, to my surprise, it only worsened. With each passing day, she grew more resentful and quarrelsome, picking up fights over trivial issues. She reminded me of an angry child, sulking in one corner, after being driven away from her favourite playground. Ma’s sudden change in temperament got me curious. And I’ve been in observation mode ever since.

I’ve observed the look of joy and contentment on her face when she is in the kitchen, frolicking like a little girl from one corner to the other…as if someone has infused life into her frail body. She doesn’t feel confined or caged in a kitchen. She feels free. This is her playground. Maybe that’s why, she doesn’t like the intrusion of a random cook into her happy space. When she has the kitchen all to herself, she transforms into an energetic young woman. Here, her slow movements gain momentum. She forgets, for a while, that she’s growing old. Her face beams with pride upon tasting her own dishes. Salt just right…vegetables perfectly chopped and cooked…no extra film of oil…sugar quite adequate. Her world seems to be in perfect sync.

I realised. The woman simply loves to cook. Her empowered daughter may have advised her to give up her place in the kitchen and instead, create a place in the world. But Ma never cooks out of compulsion….rather, simply out of choice. She could’ve lived her life on a ‘bigger scale’. Being an educated woman, she could’ve done so much with her life had she chosen to renounce her household duties. She could’ve gained recognition, respect and an income of her own. But she chose to be a homemaker. She chose to devote herself to her home and her family. I may not be able to make the same choice in a similar situation. But modern-day feminists such as me have no right to question and demean the choices that other women make. Feminism is about a woman’s right to assert her choices and take decisions of her own free will.

Being a housewife doesn’t make a woman any less empowered. Building up a happy home is no mean feat. Raising children require as much effort as scaling new heights in one’s career. And who says that if you’re not earning, you’re not doing anything worthwhile. What she did and still does for her family cannot be measured in terms of money. The problem is we have a very narrow take on feminism and women empowerment. Some of us believe, if you stay indoors, you have no voice…if you aren’t working, you aren’t strong enough. As long as we continue to shame a woman with regards to the choices she makes, we hinder her progress and her right to be whoever she wants to be.

By the end of the eigth month, the third cook bid goodbye to her cruel employer. I’m sure she wont forget Ma for a long, long time. With that hasty retreat, the kitchen is all hers now. Ma is relieved. Instead of having a proper cook whose intrusion she can hardly withstand, we have hired an assistant whose task is to help the master chef as she goes about prancing all over the kitchen, cooking to her heart’s content. She’s delighted to be where her heart belongs. And we’re delighted to gorge on those delectable variety of food made with a great deal of care and affection.